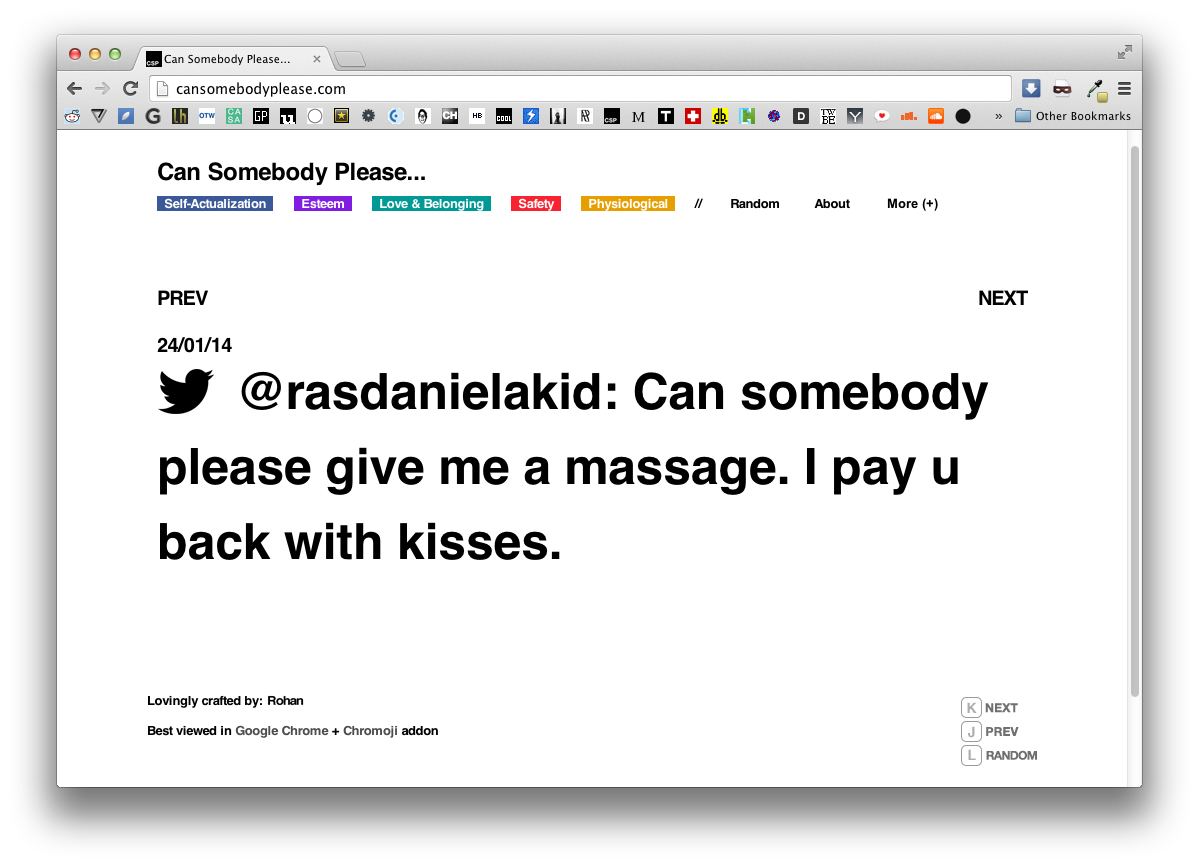 A few months ago I began working on a fun weekend project titled, Can Somebody Please. The concept was to have a SSW (Single Serve Website) which would aggregate Tweets that contained the phrase “Can Somebody Please.” My goal was to create a website which would allow users to (hopefully) help Twitter users by fulfilling their (sometimes outrageous) requests, and in doing so create a narrative.

Using the Twitter Search API (v.1.1) I was able to filter Tweets which were not part of a conversation, or began with hashtags. Twitter provides a very detailed outline for their search API here. By pinging the Twitter servers at regular intervals, I am able to collect relevant Tweets and archive them on Tumblr’s servers (free!).

The first step was to create a basic layout for the site. Since this would be a SSW I wanted to create a very minimal, yet visually appealing website. Black and White are the main colours, however I want to add some hints of colour throughout the site to keep things interesting.

Here is the wireframe design that I created in Photoshop: 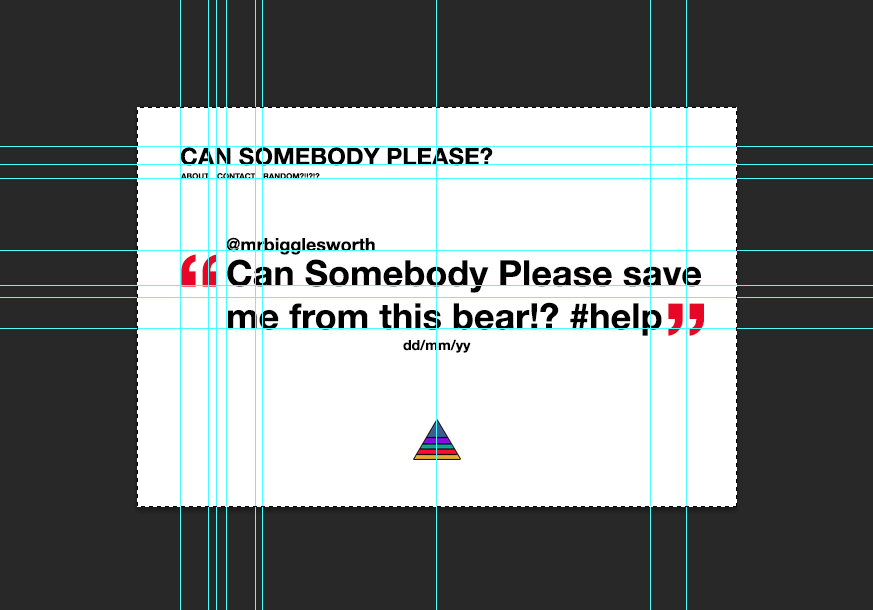 To keep things somewhat organized, I began working on a way to categorize tweets. Maslow’s Hierarchy of Needs was the obvious choice, as the categories Maslow outlines are fairly detailed and easily understandable. Using keyword search (food/love/hug/text etc.) I am able to search through the archived Tweets and tag them accordingly.

Last but not least, a dear friend suggested that I include keyboard shortcuts to further enhance user interaction. Unlike traditional keyboard shortcuts, I chose to use the J/K/L combination due to the natural position of the hands on the keyboard.

Check it out here